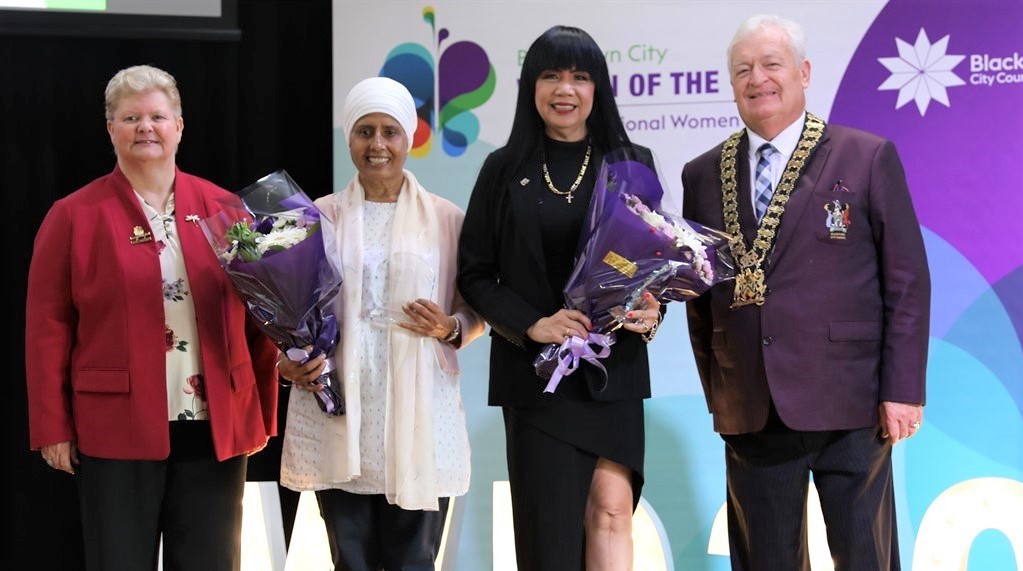 During my long career at this writing caper I’ve had the absolute pleasure in penning words about folk who always remind me of the central character, David Powlett-Jones, in R.F. (Ronnie) Delderfield’s, wonderful novel, To Serve Them All My Days. Powlett-Jones, after being demobbed from the English Army at the end of World War I, joined Bamfyld School as a young teacher, eventually rising to headmaster, and over four decades he became a beloved and inspirational mentor to several generations of students. Julie Griffiths, the deputy-mayor of Blacktown City Council, also gets in the queue!

During her time in this place, the 60-year-old has, all her days, served her community on several levels, most notably in local government, the union movement and in perhaps her greatest love, soccer. First elected to BCC in 2008, Julie is now serving her second term after being re-elected in 2016. She has served on Blacktown City’s Community Services Committee, Aboriginal Advisory Committee, Youth Advisory Committee, Sister Cities Committee, Animal Advisory Committee, Planning, Development, Historical and Assets Committee and Chair of the Women’s Advisory . Julie represents BCC on the Local Government Board, Hawkesbury River County Council, RFS Bushfire Co-ordination Committee, the RFS Advisory Council to name but a few.
But wait, remarkably, there’s more!
For over two decades Julie has been an active member of the Australian Local Government Women’s Association NSW Branch, including president between 2010–2012. As a member of the NSW Joint Ministerial Advisory Council, she worked with the Minister for Local Government to increase the number of roles for women in local government. This whirlwind of a woman has fulfilled various roles with Children Services and Health Industry Training and Advisory Body, Local Government Child Care Task Force, the Review of Children’s Services Regulations 2004. She has also been Chair for Coalition for Women, National Women’s Consultative Committee and the Women in Sports board.

Just give me a moment to give my typing fingers a rest! Whew, here we go again.

On the union front, such is her passion for working class men and women, I’ll be very surprised if this extraordinary person doesn’t sing herself to sleep every night, voicing “You Won’t Get Me, I’m Part of the Union”. She first became involved in unions in the late 80s while working as an archivist at Parramatta City Council. “I was asked to be a delegate to the Municipal Employees Union and later I beat 11 male applicants to be appointed a MEU organiser, a role I held for the next 18 years,” Julie said, obviously still proud of the achievement in carrying the flag for women.

In 2006 Julie was appointed Manager of Clerical Administration for the union, which by this time had morphed into the United Services Union representing 40,000 workers across local government, energy, airline and clerical and administrative employees in NSW. In 2015, Julie joined NSW Trustee and Guardian, firstly as a financial manager but in recent years as Senior Client Services Deceased Estates. All the while being the union delegate of course!

During her career, Julie has ample cause to be proud of her achievements. Most notable of course was her role in the nine months-long Great Double Decker Bus Strike in which leg-weary conductors went out in protest against having to climb stairs.

“There are three achievements of which I am particularly proud,” Julie said. “In 1990 I instigated and organised the first women’s conference for municipal employees. “There were 30 motions put to the conference, one of which was paid maternity leave, which was eventually inserted into the Local Government State Award.

“I was honoured to be asked to give a presentation in Federal Parliament on paid maternity leave which was eventually given approval. The third achievement was presenting a paper on paid maternity leave at an international trade union delegates conference in Seoul in 2000.” Julie’s career in soccer began at 13 when she joined her younger twin brothers, Phil and Les, playing for Seven Hills club. As the club didn’t field any junior girls’ sides back in 1963, Julie, despite her tender years, found herself roped into playing goalkeeper in the open age women’s team.

Despite her diminutive size, Julie had lightning-fast reflexes and uncanny agility and there she remained as goal custodian for the rest of her long-playing career. Julie grew up in Seven Hills and did the readin’, ‘ritin’’ and ‘rithmetic thingy at Our Lady of Lourdes Primary and Nagle Girls High, before leaving as soon she could to get into the workforce to give financial support to her divorced mother. Julie found employment down in Nowra where she joined the powerful Huskisson-Vincentia Soccer Club’s open women’s team which at the time fielded four Australian representatives.

“I played down there for four years before returning to Sydney, joining Epping in the elite Women’s Premier League XI, which was mentored by the national team coach, Lal Byers,” Julie said.

Julie remained with Epping for the next 16 years before hanging up those well-worn boots and gloves in 1998 at 38 years of age. “I became a Qualified Youth Coach and coached the Nepean Under 21 district side and was also honoured to be coach of a NSW Under 16 girls’ team which went on to win a national title,” Julie said.

“I also linked with Quakers Hill club, coaching the juniors and I’m proud to say that while with them I was honoured at being named Club Person of the Year on three occasions,” Julie said.

Julie did it all for Quakers – coaching, being on the committee, serving in the canteen, line marking and mowing! In 2004 she was lured to coach Blacktown Spartans’ Under 21 side in the Women’s Super League, doing so for four years before giving it away after being elected to Blacktown City Council. After losing her spot in council in 2012, Julie took up the coaching caper again, linking with Glenwood Redbacks to coach the over 30 years women’s line-up in the Blacktown-Granville League. “Over the years since, we have made it to all but one grand final – two years ago winning the second division title and repeating the feat after being promoted to the top division last year,” said an obviously chuffed Julie.

Julie Griffith didn’t get the opportunity to kick goals on a soccer field but out in the wider community she’s certainly been kicking goals for her fellow citizens!