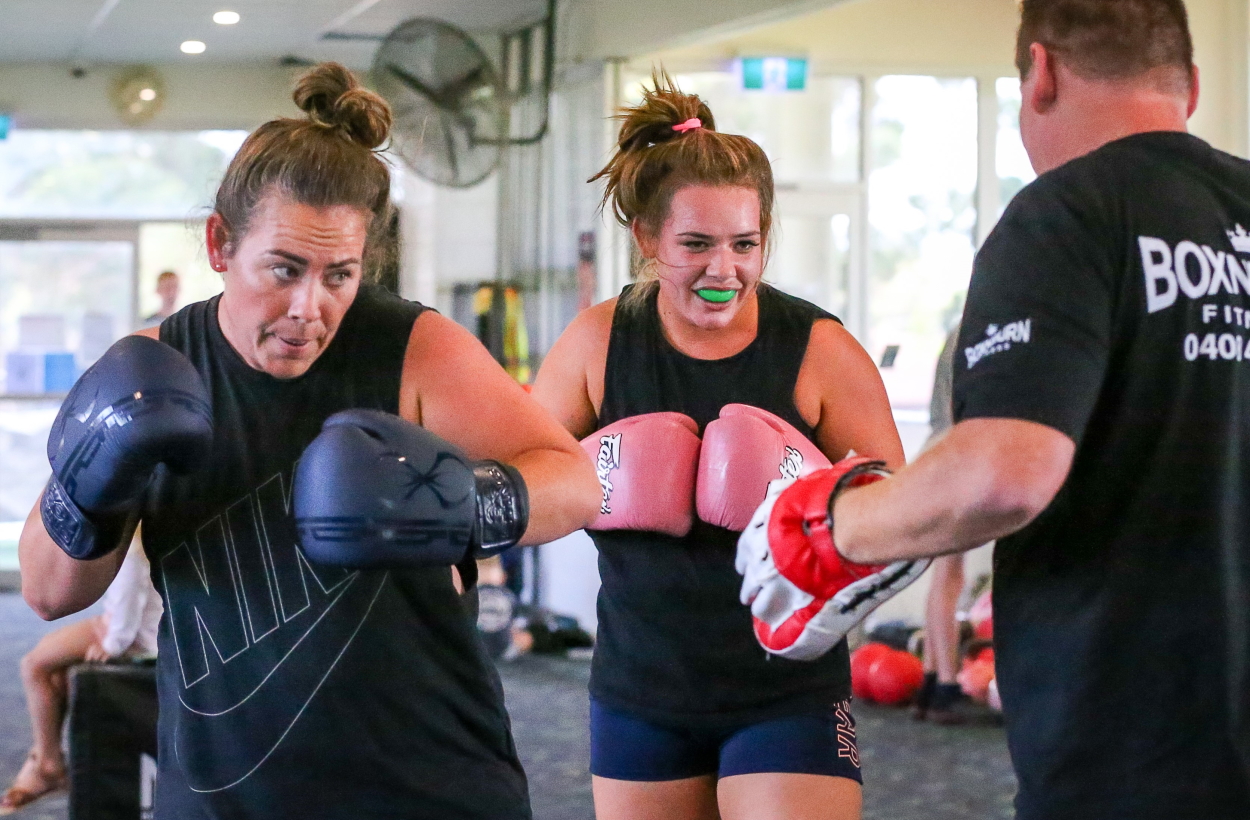 Your writer has had a love of boxing all his life.

Since getting into the journo caper more than half a century ago, I’ve had the pleasure of being ringside to witness the skills of Lionel Rose, Johnny Famechon, Tony Mundine, Jeff Harding, Jeff Fenech, Joe Bugner and Kostya Tszyu. Needless to say I have a passion for a night at the boxing so I was, yes, thrilled, to learn that Mark Hardman’s Boxfitt Gym was promoting a 14-stoush tournament at Windsor Function Centre on Saturday, May 15. And I’m not Robinson Crusoe in that regard because only a few days after The Hardman (but soft by nature) advertised the event on his Boxfitt Facebook page, all 30 tables of 10 were snapped up.

“I wasn’t at all surprised by the quick uptake of tickets because every time a boxing tournament has been organised in the Hawkesbury, fight fans flock to see the action,” Mark said. Twelve amateur bouts will precede three professional matchups with the first boxers toeing the line at 6:00pm to usher in five hours of fistic frolics. The amateur bouts feature a host of young local boxers including eight out of Mark’s Boxfitt Gym.

Two of those members donning the gloves are 23-year-old Katie Lodge and her older sister and mother-of-two, Nikki Bell; both will be making their toeing the line for the first time. The sisters have been training for their boxing debuts for the past six months and are raring to go after honing both their bodies and skills under the tutelage of The Hardman.

“We both joined Boxfitt just to get fit and lose a couple of kilos,” laughed Katie. “Not only did we achieve those aims but both of us also developed a desire to test ourselves in the boxing ring after Mark began putting through sparring sessions,” chipped in Nikki.

It’ll certainly be a change of pace for Katie, manager at Blacktown’s Sportsman’s Hotel and Nikki who is the General Manager of Sydney West Sports Medicine. No doubt Nikki’s presence behind the bar stifles any mayhem at the Sportsman’s!

Other promising fighters – all teenagers – coming out of their corners are the exciting 14-year-old Mitchell Bonadio from Agnes Banks, power punching 15-year-old Daniel Hoogenboom, Jeff Tyler, Daniel Flaxman, Tristan Ananin and Dean Allen. Mitchell is now unbeaten in three outings and Mark and Trevor are adamant the steely-eyed young man has a great future in boxing.

“He’s fully dedicated at this stage of his young life into forging a career in boxing,” Mark said.

“Mitchell trains hard on his fitness and skills levels – he has every punch in the book and his defence is remarkable for one so young.”

The flay-for-pay action main event features a super featherweight 10-rounder between two of the most exciting boxers doing the rounds at the moment – undefeated Oceania Super Featherweight champion, Paul Fleming and exiting Fijian, Sachin Mudaliar. Fleming, has had 26 bouts and has won by the short route on 17 occasions, while Mudaliar has won nine of his 10 outings, the last three on the trot.

At the time of going to press, Fleming was scheduled to trade punches with Tyson Landry on the Tim Tszyu-Kevin Hogan undercard at Newcastle on March 31. Mark Hardman says, Fleming will definitely back-up at Windsor as his connections are “keen as mustard” to keep their charge busy as possible as he progresses up world rankings.

The other two pro stoushes are a NSW Lightweight title bout between Cranebrook’s Oscar Doane and a yet-to-be-named opponent while in a heavyweight clash, two topflight cage fighters make their boxing debuts.

DJ Tamumoepeau is a mountain of a man, tipping the scales at 125kg while his opponent, Jeff Smith, is a “mere” 112kg! “I’ve watched both of the big fellas in sparring sessions and, boy-oh-boy, can they whack,” Mark said.

Local Life
Previous Article
One of Blacktown’s Finest : Rob “Jacko” Jackson
Next Article
2021 Flood Recovery – where can you find help or give assistance?