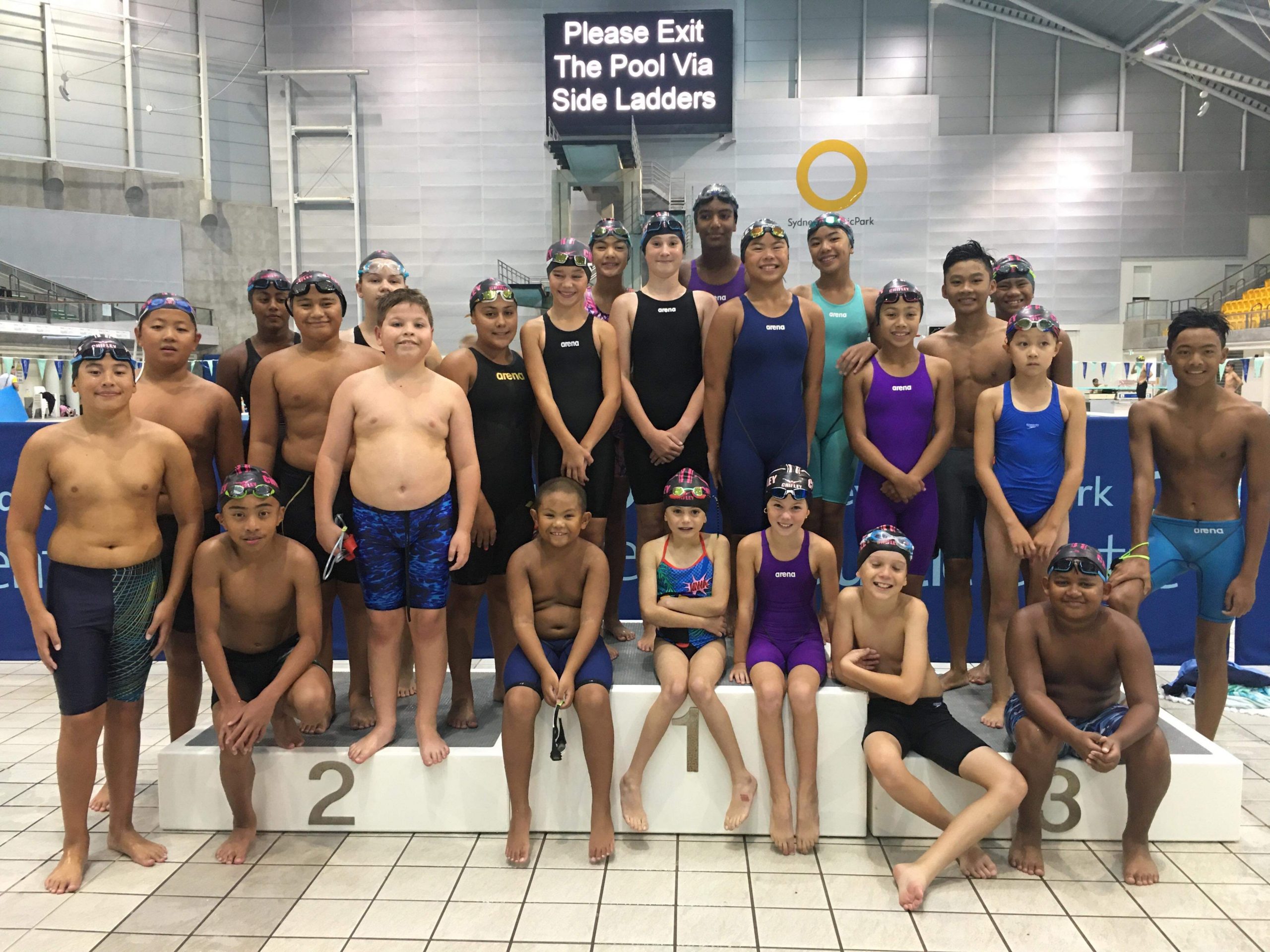 By Maryann Jenkins
The volunteer-led and family-established Chifley Swimming Club is evidence of what happens when a love of sport, a passion to excel and pure community motivation come together.
Established in 2019, the emerging club is on a winning combination, giving local athletes an opportunity to pursue dreams in elite sport.
Swimmers have quickly made their mark, having already represented at state level, despite the challenges posed by COVID-19 as the club was finding its feet. The multi-class, 50-strong racing club competes at local, state and national championships.
It offers squads in junior, bronze, silver and gold, with two coaches  led by silver level coach, Haibin Zhu.
Representing the state electorate of Chifley, after which it is named, the club is affiliated with Sydney Metro South West, Swimming NSW and Swimming Australia. Having achieved the status of a recognised swimming club with Blacktown City Council has enabled Chifley SC to now offer up to 25 new places.
All this, from an independent, not-for-profit organisation, run by motivated family volunteers. This fact in itself shows the dedication and commitment of its committee and the bonds these families have formed.
Club president, Malcolm Cazier simply says Chifley SC is professionally run by volunteers with the club goal of developing champions. “We have a group of like-minded parents supporting their children’s passion to compete. This was the core focus of starting the club,” the former triathlete said.
“We are not a learn-to-swim club, we are a development club for swimmers in our community who want to take it to the next level of competition. “Our coach Haibin has been training for over 20 years. He’s well respected by the swimmers and their families, who can already see the benefits of the programs. ”Chifley SC, which began after a local gym and aquatic centre disbanded, is proud to be able to offer this service in the Blacktown community.
“We want to keep growing and look forward to continuing relations and support with Blacktown City Council to enable club growth and for swimmers to achieve Olympic dreams,” Malcolm said.
Members, who hail from suburbs including Rooty Hill, Glendenning, St Marys and Blacktown, range in age from 10-17 years.
“We have a promising silver squad, and we believe we will achieve national and possibly international status with the club,” Malcolm added. “There’s immense satisfaction in watching a community grow and we have a passion to build a community of elite swimmers for Chifley. “For any swimmer who wants to achieve, improve and be on the Olympic path, Chifley Swimming Club can do that for you.”
For more information email: chifleyswimmingclub@gmail.com.