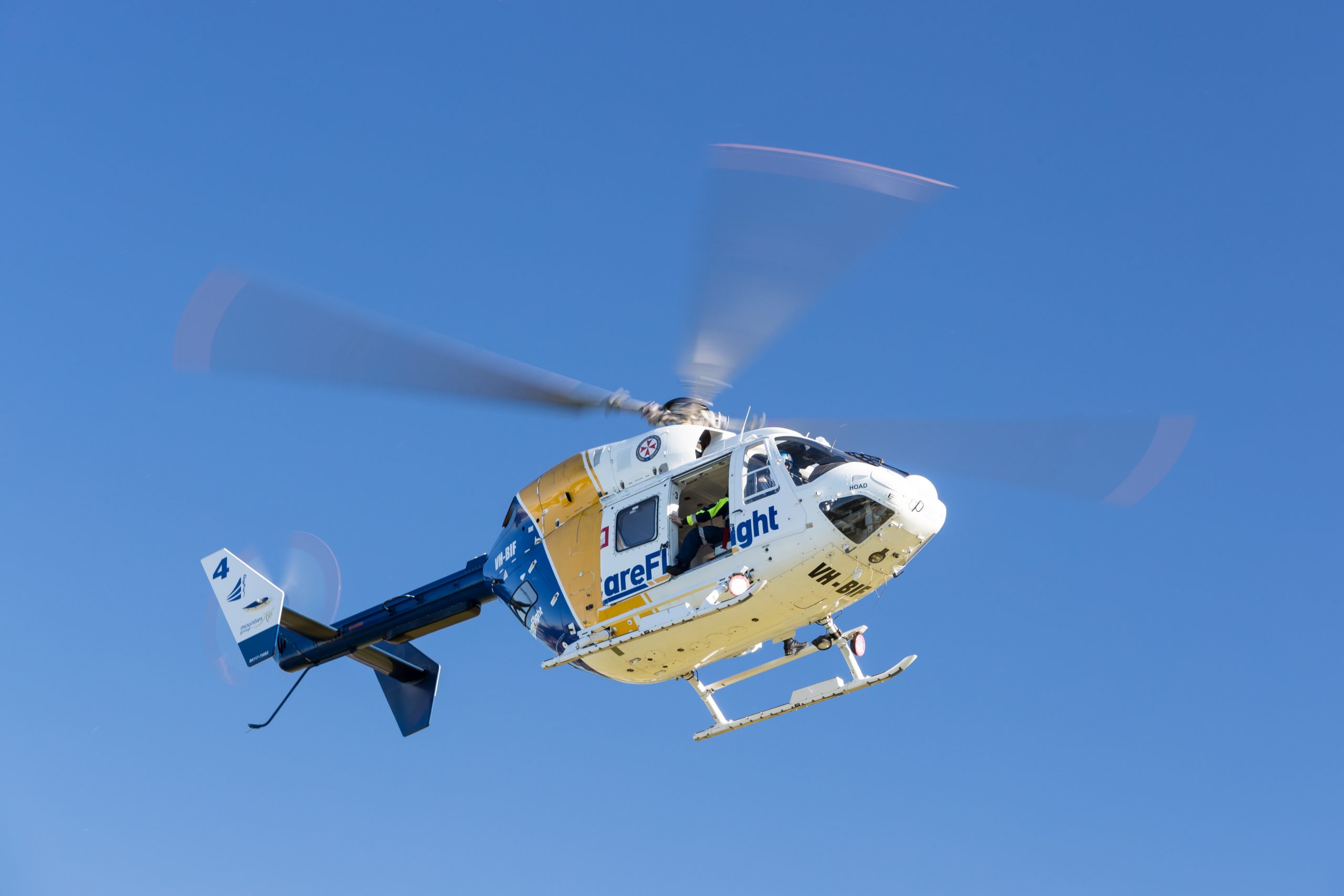 A man sustained serious head injuries after he fell four metres onto his head from an awning in front of a Blacktown store yesterday (Tuesday).

The man, aged in his 40s, fell onto concrete and lost consciousness from the impact.

CareFlight’s Rapid Response Helicopter landed at Francis Park at approximately 11.40am, with NSW Police escorting CareFlight’s clinical team to the scene of the incident, where NSW Ambulance paramedics were providing initial treatment.

A doctor and critical care paramedics intubated the patient and placed him in an induced coma to stabilise his condition. He was taken to Westmead Hospital in a serious condition.