Do you know this man?

Police have released CCTV vision as they continue to investigate the alleged murder of a teenage boy in Blacktown on 1 September.

The man depicted in the footage is described as being of African appearance, aged in his early 20s, of medium/solid build, about 165cm-180cm tall with a shaved head.

He is wearing a black, hooded jacket, black tracksuit pants, black and white running shoes and a black face mask.

Inquiries indicate that the man may have boarded Blacktown Train Station and left the train at Chester Hill Train Station following the 1 September incident.

About 10pm on that Wednesday (1 September), emergency services were called to the vicinity of William Street at Blacktown, following reports of a brawl.

Despite the efforts of emergency services, including police who performed CPR, a 17-year-old boy died at the scene.

Three teenage boys – two aged 13 and one 15 – were taken to The Children’s Hospital at Westmead two in critical condition and one in a serious condition.

Two 17-year-old boys, and a 20-year-old man were taken to Blacktown Hospital for treatment.

All six have since been released. 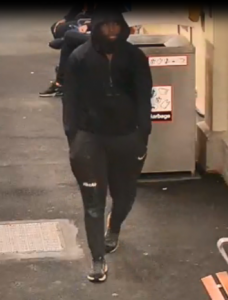 Police established a crime scene and located several items at the scene, including a ‘Zombie’ knife, machete, kitchen knives and golf clubs. All items were seized for forensic examination.

So far, four people – three 17-year-old boys and a 20-year-old man – have been charged over their alleged roles in the incident. They all remain before the courts.

A fourth 17-year-old boy was also charged with breach of bail.

Blacktown Police Area Commander, Superintendent Steve Egginton, said detectives are following a number of lines of inquiry and are keen to speak to the man depicted in the footage.

“Strike Force Delrine detectives are determined to reach a resolution in this matter and believe there were other people involved in the boy’s death,” Supt Egginton said.

“The boy’s family and loved ones deserve answers and detectives will continue to investigate this matter until all those involved are brought before the courts. 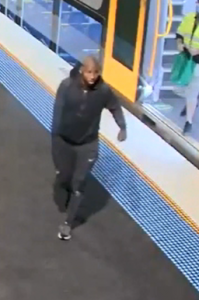 “We are urging the community to look closely at the CCTV footage and to come forward if they have any information about the identity of the person depicted in the vision.

“In addition, we are continuing to appeal for anyone who may have been in the vicinity of Suffolk and William Streets, Blacktown, around the time of the brawl to speak with police.

“I urge anyone who has information that is yet to come forward, to contact Crime Stoppers immediately,” Supt Egginton said.

The mother and father of the 17-year-old boy said the loss of their son has had an immeasurable impact on their lives.

“Our son was from a loving family that is now grieving his loss after he suffered a sudden and violent death.

“While we wish to retain our privacy at this very difficult time in our lives, we are appealing for anyone who knows anything at all to come forward.

“We want to ensure all those responsible are arrested and charged, and in the hope that no other family will experience what we have.”

Anyone with information that may assist Strike Force Delrine investigators is urged to contact Crime Stoppers: 1800 333 000 or nsw.crimestoppers.com.au. Information is treated in strict confidence.