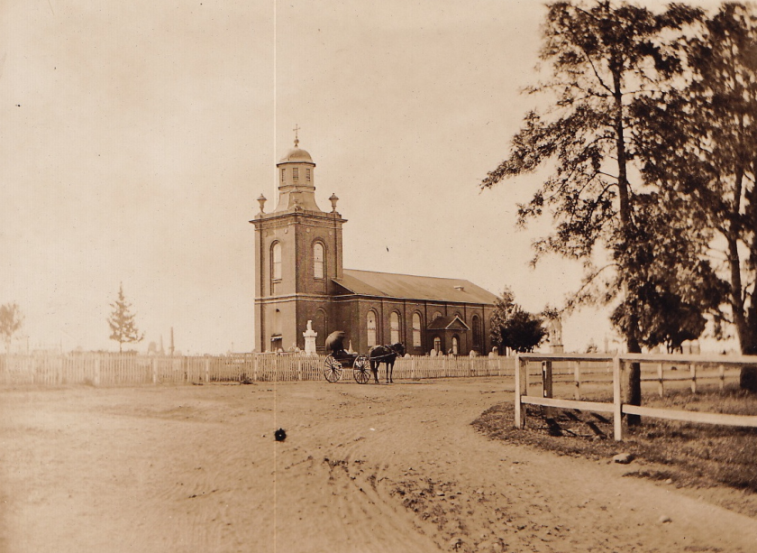 You have until Sunday, 15 November, to catch ‘The Cathedral of the Hawkesbury’: 200 years of St Matthew’s Anglican Church exhibition at Hawkesbury Museum.

View an original 1835 wedding dress, an unusual communion cup, items from the church vault and hear stories from its adjacent historic cemetery.

According to curators at Hawkesbury Museum, the church demonstrates the links to key historical figures such as Governor Lachlan Macquarie, Reverend Samuel Marsden, and colonial architect Francis Greenway.

“The original church was half-built and then demolished after Governor Macquarie sent Greenway to determine why work was proceeding so slowly,” the exhibition notes.

“He took one look and declared the work to be of inferior quality, with both mortar and bricks below standard. The building was demolished, and the builder sacked.

“Greenway then redesigned a new structure, directing the building himself, overseeing a team of bricklayers, stonemasons, carpenters and labourers. The rejected bricks however turned out to be not so inferior.

“They were appropriated by Richard Fitzgerald, moved to his Macquarie Arms Hotel in Windsor, and used to build a substantial wall, which, almost 200 years later, can still be seen even after surviving the great flood of 1867. A section of the wall runs through the Museum foyer and is a lovely connection to the church story.”

Hawkesbury Regional Museum is open to the public in compliance with the Public Health (COVID-19 General) Order 2021 with vaccination requirements applying to both staff and customers aged 16 years and older.
Any person entering the museum will be required to show their vaccination status, wear a face mask and check in using the Service NSW app.
Unvaccinated people under the age of 16 may attend the museum.