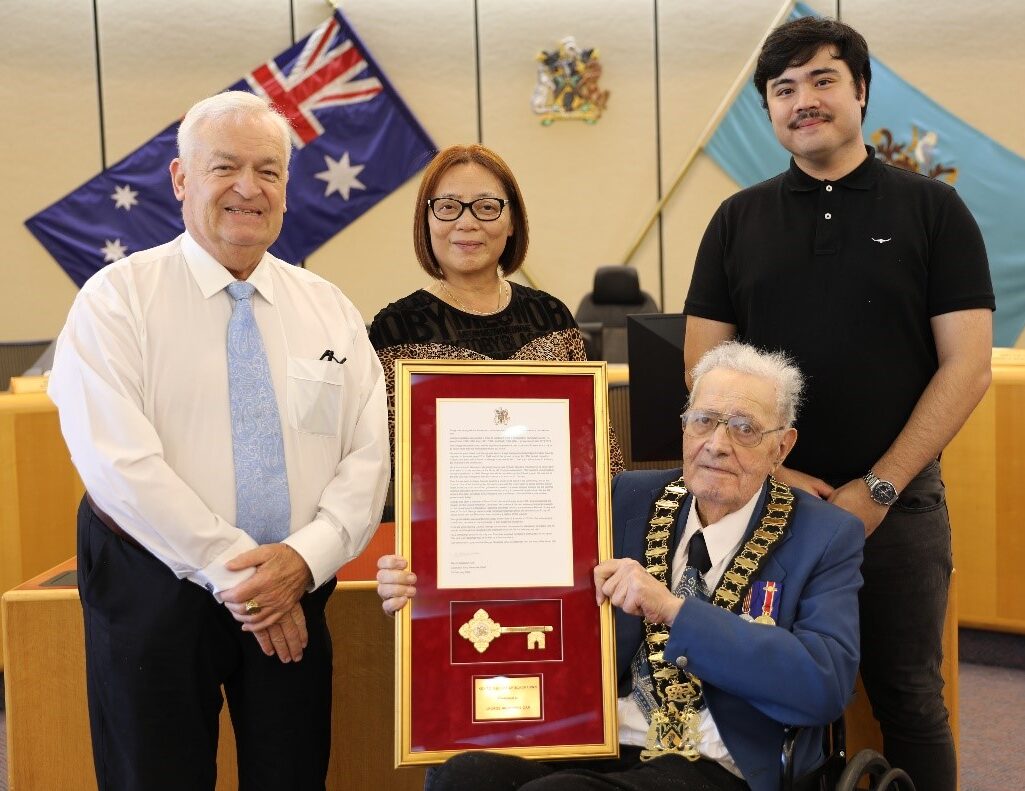 Key to the city for Nicolaidis

Former Mayor George Nicolaidis OAM has been honoured with a Key to Blacktown City in recognition of his long and distinguished public service.

“It’s not every day you meet somebody who has dedicated 32 years to their community like George did,” said Mayor Tony Bleasdale when making the presentation to Mr Nicolaidis in front of his family, CEO Kerry Robinson, former alderman George Perrin and staff.

“It is important we recognise this magnificent contribution, as many people do not realise the sacrifice councillors make in local government.

“For more than three decades, George was driven by a passion and commitment to improving people’s lives in Blacktown City.

“A fierce advocate for Blacktown Municipal Council, as it was then known, George worked tirelessly to see local roads improved as well as ensure the region received essential infrastructure funding to match a growing population.”

Born to Greek parents in Egypt, he migrated to Australia in 1949 at age 20, before moving to Colyton in the late 1950s. Mr Nicolaidis made history as one of the first post-war immigrants to be elected to serve on a local council in Sydney.

According to the council, he argued to have all roads in the city curbed, guttered and sealed, fighting tirelessly for vital infrastructure funding to match the city’s ongoing population growth.

A member of the Rooty Hill Progress Association and Mount Druitt Historical Society, Mr Nicolaidis received a Medal of the Order of Australia in 2013 for his contribution to public life.