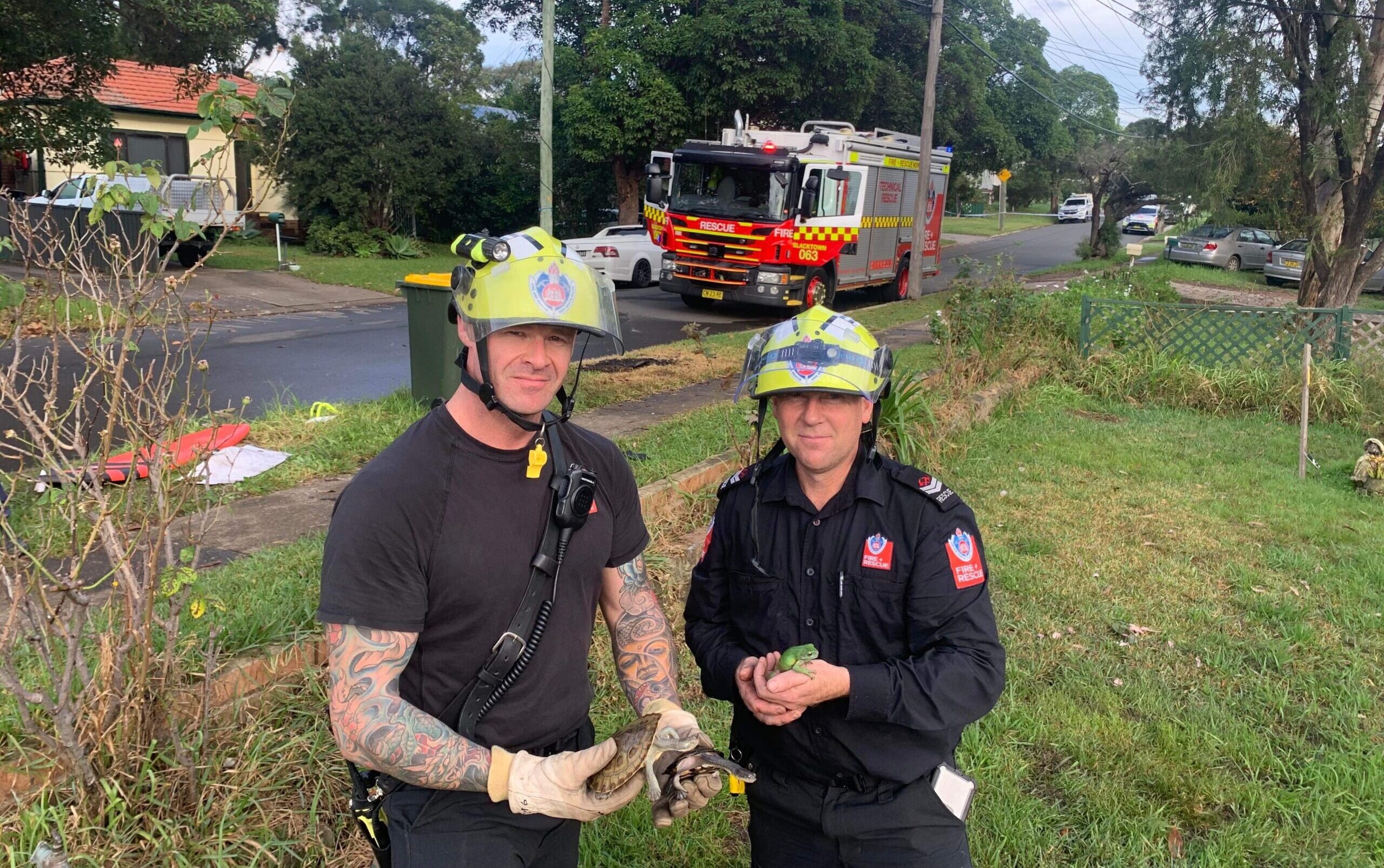 Five crews responded to the blaze on Dunstable Road at approximately 6.20 am, finding the single-storey house well alight and reports that a person was inside.

Under extreme fire conditions, crews forced entry and commenced firefighting operations and a search for the reported person, however nobody was inside at the time.

Firefighters quickly extinguished the blaze however a firefighter suffered minor burns to their arm and was transported to hospital for assessment.

Two turtles and a green tree frog living in a terrarium inside the home were rescued during the incident.

The house was severely damaged in the fire and the cause is currently being investigated by NSW Police and FRNSW fire investigators.