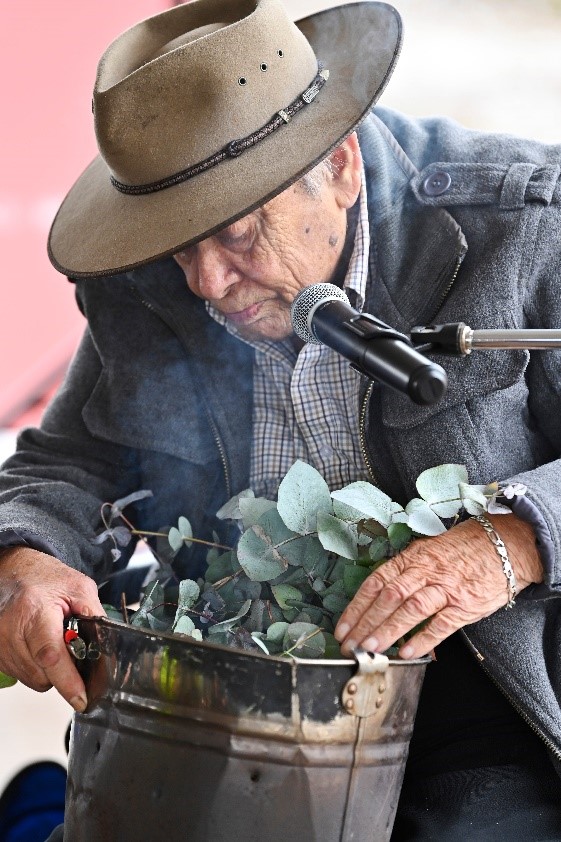 Blacktown’s AM and OAM recipients honoured

Four local heroes who were awarded Queen’s Birthday Honours for their service to the Indigenous community, health services and our local history and heritage have been congratulated by Mayor Tony Bleasdale OAM.

“Congratulations to these outstanding individuals for their incredible contribution to the Blacktown City community and beyond,” Mayor Bleasdale said.

“Their recognition is highly-deserved and a true reflection of their devotion to their communities and respective fields.

“These recipients join a group of some of our most-esteemed Australians, and it is a true honour to have these individuals live and work in Blacktown City.

“These awards celebrate their selflessness, commitment and dedication, and on this special occasion, we thank them for their service.”

Uncle Wes, who turned 100 years old in April, received the honour for his significant service to the Indigenous community of Western Sydney over many decades.

Mayor Bleasdale presented Uncle Wes with the ‘Key to the City’ on his milestone birthday to recognise his work in bringing Aboriginal culture and education to schools, events and organisations through his storytelling.

“Uncle Wes is a Bigambul man who has lived in Mount Druitt for more than 45 years, and, at 100 years of age, he is committed to sharing traditional knowledge of Indigenous culture,” Mayor Bleasdale said.

“He has also dedicated his life to helping children and adults who have been incarcerated to get their lives back on track by helping them to regain confidence to advocate for themselves.”

Quakers Hills’ Maria Said was recognised for her significant service to anaphylaxis treatment, education and prevention.

She has made significant contributions to allergy research, and has contributed to a range of medical studies, journals and publications. She is also a committee member of the European Academy of Clinical Immunology and Allergy Patient Organisation.

Dr Smita Shah was awarded an OAM for her service to community health in the Western Sydney Local Health District, where she is currently a Senior Community Medical Officer.

Dr Shah has been the Director of the Prevention Education and Research Unit, Research and Education Network, since 1995.

She has authored more than 60 publications in peer-reviewed journals and was awarded the Excellence in Healthcare Award by the Australian Medical Association in 2015.

Doonside’s Jill Finch was recognised with an OAM for her service to community history, notably through the Blacktown and District Historical Society and Prospect Heritage Trust Inc.

“Jill’s passion for local history is seen in her membership and stewardship of Council’s Combined Historical Societies Advisory Committee since 1991,” Mayor Bleasdale said.

“Jill has been a long-time member and driving force behind many of the historical and heritage organisations and causes in Blacktown City, including Friends of St Bartholomew’s Church.”

She received the Heritage Volunteer Award from the Heritage Council of NSW in 2006 and a Centenary Medal in 2003.

Mayor Bleasdale said the deserving recipients were nominated by their peers, thereby showcasing their service to their communities.

“These honours are not possible without nominations, therefore, it is especially important that we continue to nominate and recognise the incredible work of people in Blacktown City,” he said.