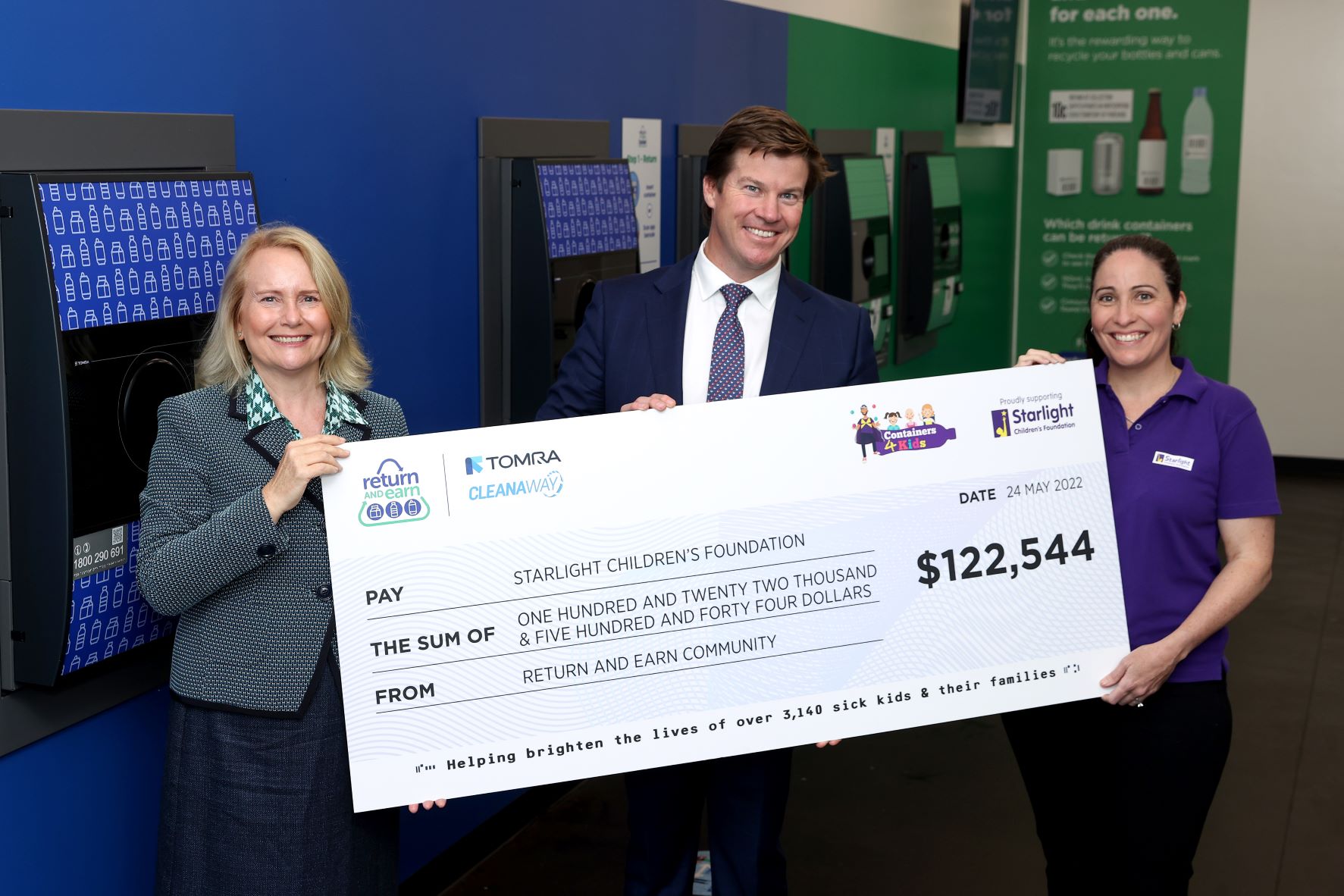 Blacktown, Hills and Hawkesbury residents have contributed to a handsome donation of $122,540 to the Starlight Children’s Foundation through a NSW Return and Earn program appeal.

The Containers For Kids appeal ran for six months with users donating their 10 cent refund on 1.2 million drink containers to the Starlight Children’s Foundation.

The statewide appeal ran for six months with NSW Return and Earn users donating the 10c refund from more than 1.2 million drink containers, resulting in $122,540 donated to the foundation which provides in-hospital services to support sick kids and teenagers at Randwick, Westmead and John Hunter children’s hospitals.

“Fundraising through Return and Earn proved to be remarkably effective for charities and community groups across the State and had the added benefit of helping the environment,” said James Dorney, CEO of TOMRA Cleanaway, network operator for Return and Earn.

“More than $30 million has been returned to charities and community groups via donations and hosting fees since the scheme commenced,” said .

Fundraising through Return and Earn is an easy way for anyone in the community to support others and help the environment. Every Return and Earn machine features an onscreen statewide major donation partner and a local donation partner, giving everyone who uses the machine the option to donate some or all of their container refund.

The new Return and Earn app has the option to donate to one of more than 150 charities listed.

Return and Earn is a partnership between the NSW Government, scheme coordinator Exchange for Change and network operator TOMRA Cleanaway.