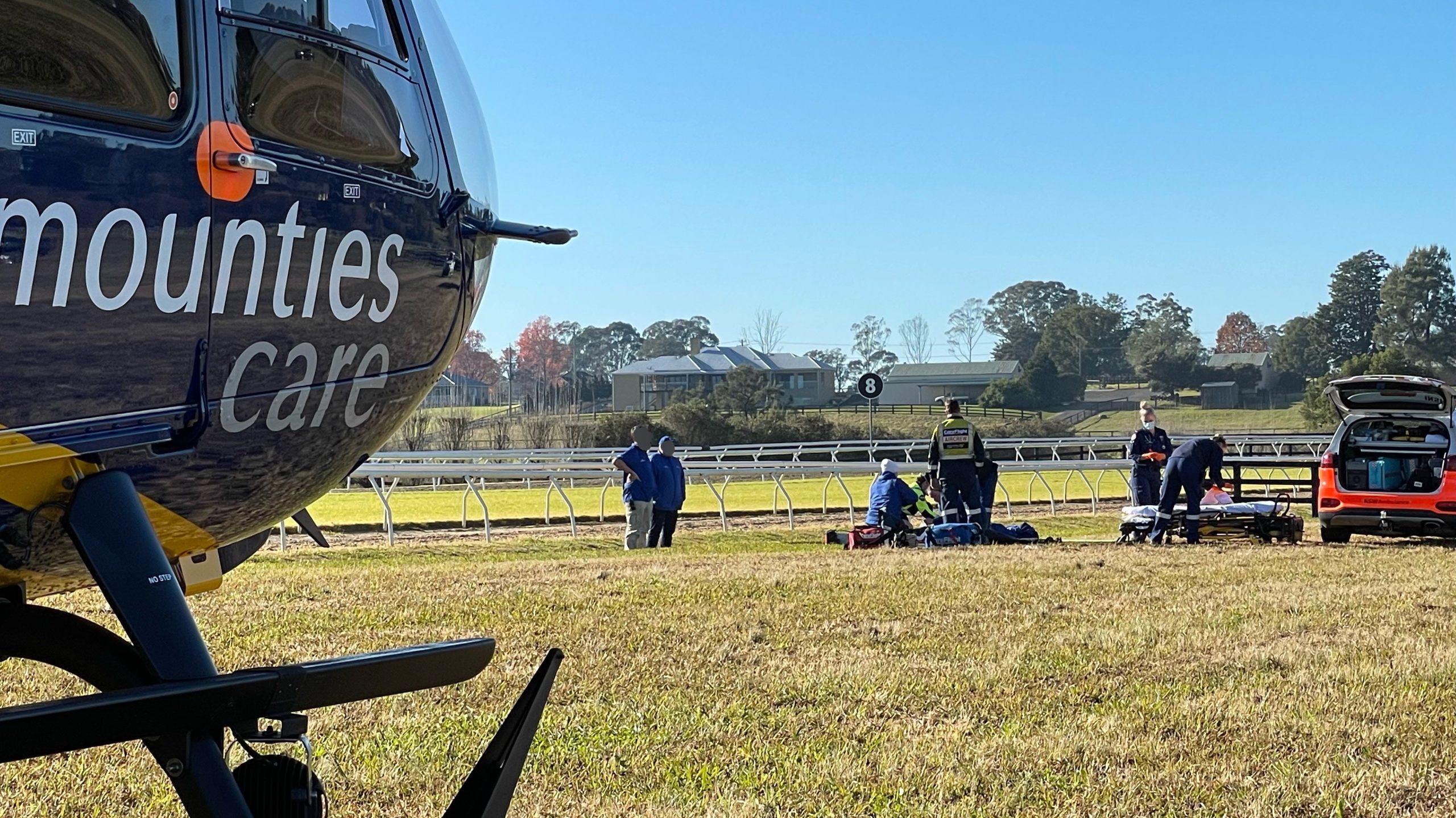 A woman aged in her 20’s has been flown to hospital in a stable condition after she was injured falling from a race horse at speed during a training ride this morning (Monday).

The Mounties Care CareFlight Helicopter was tasked to the horse training facility at Agnes Banks by NSW Ambulance shortly after 9am.

NSW Ambulance paramedics worked alongside CareFlight’s medical team to treat the woman at the scene for injuries to the head and suspected lower limb fractures.

The team took precautions for possible spinal injuries and transferred the patient to the helicopter.

The woman was airlifted to Westmead Hospital in a stable condition.